Join Professor Janet Todd as she reads from her new novel, Don’t You Know There’s A War On !(Fentum Press). From Chawton House’s Lockdown Literary Festival, 15-17 May 2020. https://chawtonhouse.org/2020/05/lockdown-literary-festival-sunday/ 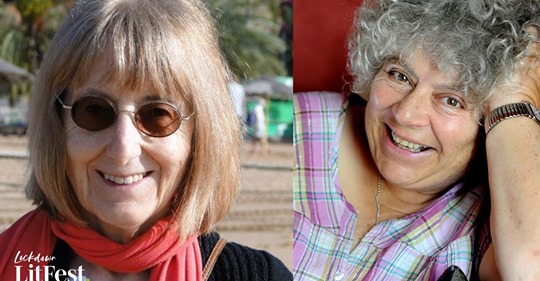 Stellar actress Miriam Margolyes (Harry Potter, The Age of Innocence, Blackadder) reads from and discusses the latest novel by her old friend, world-renowned Cambridge academic and literary biographer Janet Todd. In Don’t You Know There’s a War On? Janet addresses social change, imperial decline and class anxiety in post-war Britain from the perspective of a thorny and claustrophobic […]

Jo Good talks to Janet Todd about writing and publishing Radiation Diaries,  about rote learning and poetry that sticks in the mind,   and about taboo subjects of the body and health 10 September 2018 https://www.bbc.co.uk/programmes/p06hpz53

Janet Todd discusses her childhood memoir and cancer in Radiation Diaries with Jenni Murray on Woman’s Hour on 25 July 2018   https://www.bbc.co.uk/programmes/b0bbn6yf

Janet formed part of the panel discussing Aphra Behn on 12 Oct on BBC Radio 4. You can listen to the Podcast here. Melvyn Bragg and guests, including Janet, discussed Aphra Behn (1640-1689), who made her name and her living as a playwright, poet and writer of fiction under the Restoration. Virginia Woolf wrote of her: […]

Jeremy Sallis chatted to Janet at lunchtime on the 23rd June 2017 about the remarkable Aphra Behn. (Listen again to the interview – starts 0:22 – available for a limited time only)

The launch party took place on the 13th June 2017 at Heffers Bookshop in Cambridge yesterday evening and was very well-received by all. Thanks to all those who came along and especially to Vicky Gilder, David Wightman, and Katherine Bright-Holmes for so much support and to Jane Monson for reading Aphra. #aphrabehn #booklaunch The book […]