Janet regularly writes or is interviewed in the press. Read some of her recent coverage below:

The Writer’s Life – Janet Todd: Learning from the Best – ShelfAwareness

An interview in eZine ShelfAwareness. Janet talks about her life – including academia, her early childhood and her Presidency at Lucy Cavendish College, her influences and her works. 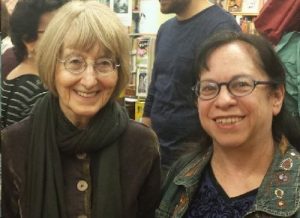 A special episode in conversation with Janet Todd and Diana Birchall. Both Janet and Diana have written novels expanding upon or reworking Jane Austen’s books and are highly knowledgeable about our favourite author and her world. Sophie and I were thrilled to get the chance to sit down and chat with them both about their writing and how Jane Austen has influenced their lives and friendship.

Listen to the podcast here

The Rise of Gothic Suspense 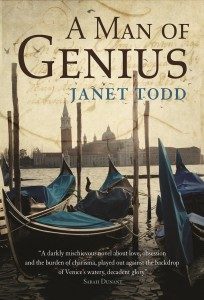 Annabelle looked at the corpse. Hands and head separate.

Blood had leaked from wrists and neck. Fluid covered part of the distorted features. The open eyes were stained so that they glared through their own darkness. A smell of rotting meat.

‘By itself the face was unrecognisable, yet she knew it was her father’s. What was a father? A man begot a body but not a mind. She prodded the head with her foot. The blood must have congealed for her boot remained clean.

An Interview with Janet Todd by Meryl Zegarek 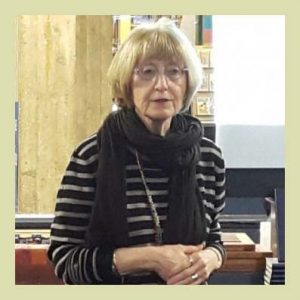 A Man of Genius portrays a psychological journey from safety into obsession and secrecy. It mirrors a physical journey from flamboyant Regency England through a defeated Europe struggling to create a new order after the upheavals of the Napoleonic conquests.

Janet Todd was interviewed by Meryl Zegarek of MZPR, a public relations company.

Janet speaks to the Cambridge News 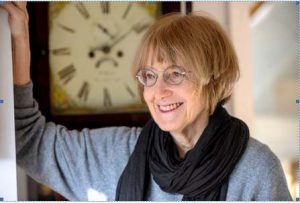 Janet Todd has spent much of her career writing about female novelists, and now – at the age of 73 – she’s finally written a novel of her own. Emma Higginbotham meets her.

If you have a question about a female author, the chances are that Janet Todd will be able to answer it. An eminent Cambridge academic who’s written dozens of books about women writers – including an encyclopaedia, no less – she’s an expert on all manner of literary ladies, from the little-known to the stellar, and is particularly noted for her work on Jane Austen.

A Book Q&A with Deborah Kalb

Q: How did you come up with the idea for A Man of Genius, and why did you decide to have your main character Ann be a writer of Gothic novels?

A: I like a mystery. I wanted to tell a Gothic story that would take place when Gothic fiction was hugely popular: the early 19th century. I wanted my heroine to be a writer of novels who would find herself in a fictional Gothic plot–without any more understanding of what to do than the naive young heroines she described.

A Q&A with Sarah Emsley

After Janet Todd wrote about “English verdure” for Emma in the Snow, I wanted to know more about
her new novel A Man of Genius and the connections between her career as a scholar and critic and her career as a fiction writer. Today I’m pleased to share with you the conversation Janet and I had recently about her work. The US launch for A Man of Genius is in New York on Thursday, May 5th at Book Culture (536 West 112th Street).