Read my latest updates and news. Feel free to get in touch if you would like to interview me or take part in a feature 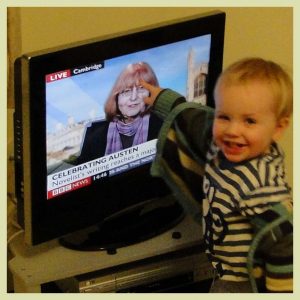 Janet formed part of the panel discussing Aphra Behn on 12 Oct on BBC Radio 4. You can listen to the Podcast here.

Janet was recently interviewed at Talk Radio Europe. You can now listen to her podcast.

Janet Todd is thrilled to be the guest post in June’s issue of The HWA – Historia Magazine talking about her life, Aphra Behn and women writers

Jeremy Sallis chatted to Janet at lunchtime on the 23rd June 2017 about the remarkable Aphra Behn.

A good crowd gathered for the book signing on the 13th June 2017 of Janet Todd’s latest work – Aphra Behn: A Secret Life.

“..whether you are in search of a biography of a fascinating woman or one of a hugely influential writer or seek a window onto the political, literary and cultural landscape of Restoration England you will find all three in this page-turning book.”

On Sunday July 2nd Janet Todd will be speaking at the Bradford Literature Festival. The panel, made up of historian, Carol Dyhouse, authors, Moni Mohsin and Janet Todd, will examine what it is about the character of Mr Darcy that has set the bar for heroic heartthrobs ever since. Why is it that this particular man has so enthralled audiences since the 1800s? Join us as we explore the origins of Mr Darcy and ask whether Austen created the ideal man because she was unable to find him in real life.

“Janet Todd has combed the archives, explored all the possible options, and made connections based on probabilities in such a way that a credible picture emerges of the life and personality of this fascinating, talented woman.”

“I found the book a very interesting read. ….as a portrait of the age in which [AphraBehn] lived it succeeds admirably”

“There is no doubt that Aphra Behn: A Secret Life is a significant and absorbing work about an important figure and one that is packed full of enthralling detail. Todd’s rigorous scholarship underpins her lively conjecture and, despite the paucity of established fact, this is a fascinating read that brings the Restoration period in all its bawdy glory and political complexity into vivid life.” 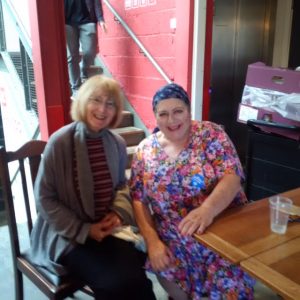 Meeting up with Miriam Margolyes after her superb performance

Enjoyed seeing my friend Miriam Margolyes on May 27th 2017 after her great performance as Madame Rubenstein at Park Theatre, London. A wonderful show.

“A brisk, entertaining, and richly detailed portrait of a unique woman and her era.” Kirkus book review of Aphra Behn – A Secret Life has just been published. Read full review.

“All women together ought to let flowers fall on the tomb of Aphra Behn…for it was she who earned them the right to speak their minds” – Virginia Woolf.