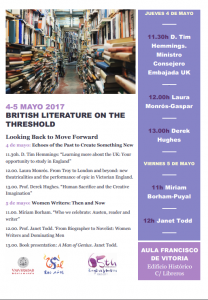 British Literature on the threshold

Janet will speak about A Man of Genius

Janet will talk about A Man of Genius at the autumn luncheon of the Trust. 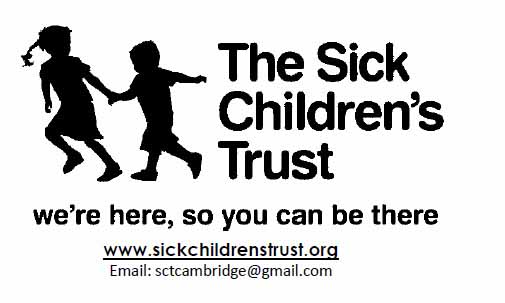 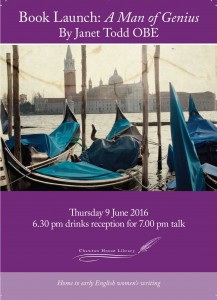 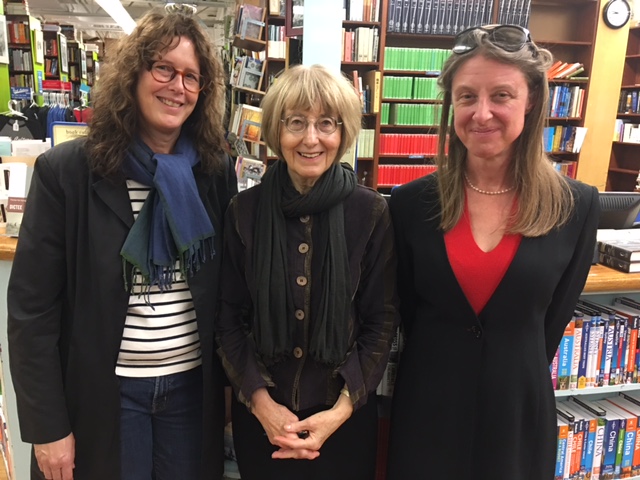 In May, Book Culture in New York City hosted the launch party in the U.S. for A Man of Genius by Janet Todd, just published by Bitter Lemon Press. Todd, a former Cambridge University professor and author of academic books about Jane Austen, Mary Wollstonecraft and the Shelley circle, among others, read from the novel and fielded questions from the audience. From l.: Julie Schaper, president of Consortium Book Sales & Distribution, Bitter Lemon’s U.S. distributor; Todd; and Katherine Bright-Holmes, managing director of Consortium in the U.K. and crucial in helping Todd publish her debut, a literary novel set in Regency London and Venice just after the Napoleonic Wars, about a gothic writer who struggles with psychological dependency and the complexity of obsession.

An Evening with Janet Todd in conversation with Ruth Scurr

Tickets are £5 and can be purchased in-store, by telephone 0207 851 2400 or email piccadilly@waterstones.com

Book launch event for A Man of Genius by Janet Todd. 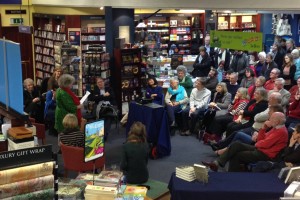 Marilyn Butler and the War of Ideas: A Commemorative Conference at Chawton House Library.

Talk on ‘Mary Wollstonecraft: The battle between Reason and Emotion’