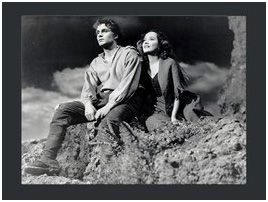 Janet Todd’s studies of writers such as Jane Austen and Mary Wollstonecraft, coupled with her lifelong passion for less well-known female authors, imbue A Man of Genius with a complete sense of historical verisimilitude. It is easy to forget that this novel is published in 2016, rather than two centuries ago. The reader, however, does not need the same background knowledge as Todd to enjoy each and every gloomy, damp, effluent-spattered page.

Set in 1819, the novel tells the story of Ann St Clair, a spinster in her thirties, living in London, who writes formulaic, ghoulish gothic novels for the mass market, earning herself a decent living in the process. Ann is a very “modern” woman for her time, self-supporting from a young age, her father having mysteriously died before she was born; her mother is an unconventional, narcissistic bully, whose home Ann was only too glad to escape in her teens. We are told that Ann spent some years in an eccentric commune of religious sectarians, where she lost her virginity, before commencing her life as a hack. The book starts with an extract from her latest manuscript:

“Annabella looked at the corpse. Hands and head separate. Blood had leaked from wrists and neck. Fluid covered part of the distorted features. The open eyes were stained so that they glared through their own darkness. A smell of rotting meat.”

And thus we learn from the outset that this is not a woman who is easily shocked.

At a literary gathering to which Ann is invited, she meets Robert James, a dark Byronic figure, outwardly charismatic but inwardly tormented, to whom she is instantly attracted. To his fawning circle of male admirers he is the “man of genius”, though he has yet to produce any real literary masterpiece.

Believing that the atmosphere of Venice will provide him with the stimulus he needs to write his magnum opus, the pair leave London. Robert is hopelessly impractical and so Ann arranges almost everything, seeing to their safety and well-being. The situation does not bode well. Venice, still recovering from its former annexation by Napoleon, and now in the hands of the Austrians, is battle-scarred and impoverished; not gilt-edged, but grey and fogbound, “with its wet floors and dripping walls, its endless tides over slippery feet”. The bodies of the dead, too numerous to be buried, are carried away by the currents of the chilly waterways. Venice in November, if you cannot afford decent lodgings, warm clothes and proper food, soon becomes a living hell, made worse by Robert’s swift descent from moroseness and ill-temper to something far worse. And as the months play out, with the eventual heat of summer come sickness and malady, carried in the fetid, sultry air.

Todd’s depiction of the obsessive psychological warfare between the couple, and of its bewildering outcome, is one of the most disturbing aspects of the novel. Ann’s eventual return to England, via Southern Europe and Paris, offers more opportunities for Todd to give full vent to her gothic-driven imagination, where few situations or characters are quite as they seem. The denouement is unexpected, and a testament to the author’s skills.

As knowledgeable about nineteenth-century history as she is in literature, Todd is clearly fascinated by the period in which the book is set. There are constant references, for example, to Napoleon and his demise, and to the Prince Regent, “obese, extravagant and addicted to laudanum”, and his farce of a marriage to Caroline of Brunswick. Even the title echoes this overall sense of the absurd, for ultimately there is no “man of genius” to be found in these mesmerizing and haunting pages.

Gerri Kimber is a Visiting Professor at the University of Northampton. Her most recent book, a biography of Katherine Mansfield’s early years, is due to be published in September.